I have been in a serious state of wonder recently at how God works. Maybe it's getting older but as I look at  my past I see how God prepared me for my life as a missionary.  I see His hand in the world around us as I go though my herbal healing classes.  At this time of year I can't help but marvel at God's plan for human kind.

It is kind of odd if you think about it.  God became a man to come to earth to eventually die in a horrible way so that we could be forgiven for, say, not believing in the very God that did all this for us.  It is a mind bender for sure.  I am filled with questions when I get to heaven.  I particularly want to talk to Mary.  I have given birth.  It is a nasty, violent process.  She gave birth in a stable to the savior of the world.  What must that have been like?  Did she ever snap at Jesus because he was playing in the mud and tracked it in the house?  Not a sin, just a kid being a kid.  I am fascinated with the reality of Jesus's birth and and life as a child.

My husband and I have been watching a series of lectures on the history of the church.  One of the things it has really brought home to me is that there will always be a reason not to believe that the Savoir came and died for us.  We like to think that had we been there it would be easier to believe.  Or are skeptical that God somehow allowed the real story to be altered in the Bible.  I just recently read that, less then 150 years after the death of Christ the Jews named another man as the real Messiah.  If history has taught us anything it is that many people can have the same very real experience and see very different things.  When the Rabi that was saying this new guy was the Messiah there were still stories around first hand from folks that knew Jesus.

There are a couple of scriptures that come to mind but all over the new testament Jesus saw people and God spoke audibly saying it was Him and people still didn't believe.  You see, I think, that we like to look at the story of the birth of Christ as a nice sweet tale to tell around Christmas time.  We don't take a second to really consider that there was a teenage girl that gave birth in a barn to the son of God that would die a horrible death so that we can live an eternal life.  We like to buy into the world's idea that it is something like a fuzzy memory from childhood in the back of our minds.

I say this holiday season as we gather celebrate the birth of our savior we take a second to reflect on the reality of the story.  Take a moment and put yourself in the barn and see the reality of what went on.  Listen to the story of the coming of Christ and think about what the Shepard's must have felt when an angel appeared to them. Instead of worrying if you got the right present or if you cooked enough turkey or if the tree has enough water.  Take a second and consider the crazy, true, story of the birth of the King and put yourself in the shoes of someone experiencing it. Just for fun check out this video.  I think it does an amazing job of bringing the story to life. 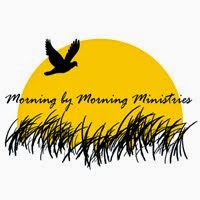 Promote Your Page Too

Please prayerfully consider financially partnering with us in our work here in Mexico. If you do not feel lead to do so we would love it if you would consider praying for us.